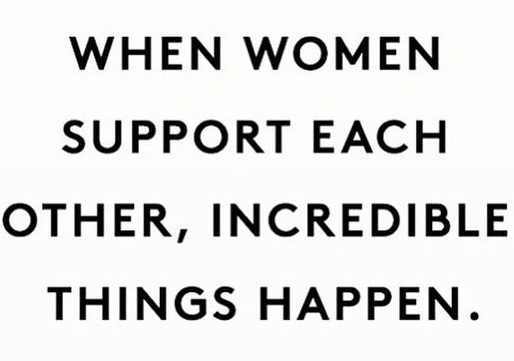 For the men that might read this, I apologize in advance. This post wasn’t written for you. It doesn’t mean you should leave, it just means that I need to talk to the women today.

Okay, so let’s talk about it. Adele won the Grammy for Album of the Year and after everyone who had taken part in making the album was on the stage, Adele proceeded to tell everyone that she couldn’t possibly accept the award because it belonged to the artist of her life, Beyonce. Wait, what? Now let’s be clear. According to Billboard.com, Adele’s album has sold over 9 million copies, spent 10 consecutive weeks at #1 on the Billboard charts, had over 4 million downloads of the lead single, “Hello”, there were 1.7 BILLION views of her video on YouTube and grossed $159.3 million dollars from 102 shows during a year-long tour. You don’t have to be an Adele fan or even know who she is to appreciate those numbers. The point is, her album did well. Very well. So why did she feel like the most coveted award belonged to another artist? This is what happens when a woman is so confident in her talent that she had no problem sharing the spotlight with a woman who is equally talented. It didn’t take anything away from Adele to tell Beyonce how “monumental” her album was while she accepted the award.

And while there were many who tried to make this a racial conversation, I saw it as a model of what happens when a woman realizes that acknowledging the awesome, fantastic and stupendous in another woman does not make her any less amazing, talented and extraordinary. Backstage, Adele was asked why she spent so much time talking about Beyonce. Her answer was simple. She was a fan of Beyonce and “Lemonade” was her album of the year. I think the phrase “haters” (which I think is the stupidest phrase…ever) would finally disappear if women did this for each other ALL THE TIME. There is nothing more powerful than women supporting each other.

Are you supporting other women? When was the last time you…

There’s room for everyone to shine. Don’t believe me? Look at the stars.

Registration for the 4th annual Work Your Package Women’s Conference is open. Register today at www.wyp2017.eventbrite.com