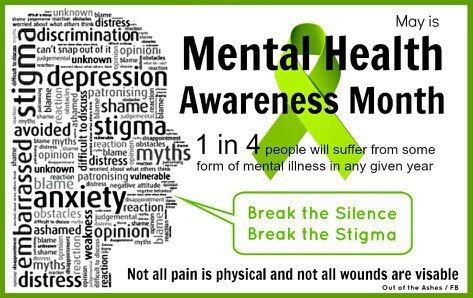 It’s more than just feeling blue. It’s about no longer being the person you once was and not having a concrete reason why. May is Mental Health Awareness Month and according to NAMI  (National Alliance of Mental Illness) 1 in 5 Americans will be affected by a mental health condition in their lifetime and every American is affected or impacted through their friends and family.

Consequences of Lack of Treatment