“I love that you have wild ambition but don’t get in your own way.”

“You are a titan, but you are like a bird with no place to land.”

“You know I support you but do you have time for this?”

I won’t go into detail about what prompted the statements and question but I will share this: If you cannot fearlessly share your goals and challenges with the people on your personal board of directors, you are surrounded by the WRONG people. I declared that I was going to take a little bit of a break. That break lasted for about a week. My people will not let me off the hook that easy. My people have called me out on my nonsense. They held up the mirror and forced me to see my hardheaded ways. Don’t laugh. I’m willing to bet you have hardheaded ways too. Are you turning away from the mirror? Are you ignoring the calls and text messages? Are you telling yourself you just have to get “everything under control” and things will be better? The Perfectionist Trap is real.

Whenever you feel overwhelmed, take a moment to write down everything that is currently on your proverbial plate. Be honest with yourself and if you have a hard time doing that, ask a member from your board of directors to “remind” you of your commitments. Are you overcommitting yourself? Success is awesome but you won’t be able to enjoy it if you are a hot mess.

Categories: Be Authentic, Board of Directors, Encouragement, Face Your Fear, Life Lessons, Manage Your 168, Uncategorized, Work Your Package 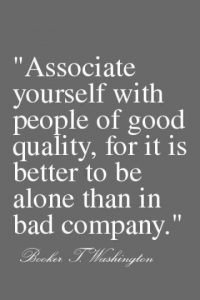 Mark Petticord said, “The sum of your net worth will be the result of your network.” While I believe in having a diverse network, I also believe your network reflects your self-worth. I can pretty much tell how people feel about themselves by the people they surround themselves with. When I see people surrounded by a bunch of bobbleheads and people who don’t challenge them or their ideas, there is a strong possibility that person does not see how much they have to offer and has low self-worth. On the contrary, when I see someone who is surrounded by people who are smarter than they are and receive constructive feedback, I know that those people are dedicated to improving their self-worth which ultimately impacts their ability to grow their network.

Your relationships are a reflection of how you see yourself. If you are surrounded by people who constantly take from you but don’t replenish you…you are hanging around with the wrong people. Surround yourself with people who genuinely care about you and have your best interest at heart. Is there some truth that your network equals your net worth? Maybe. But I dare to say that when you know your self-worth making those connections in your network will be a lot easier.

Categories: Board of Directors, Uncategorized, Work Your Package
Tags: net worth, network, relationships 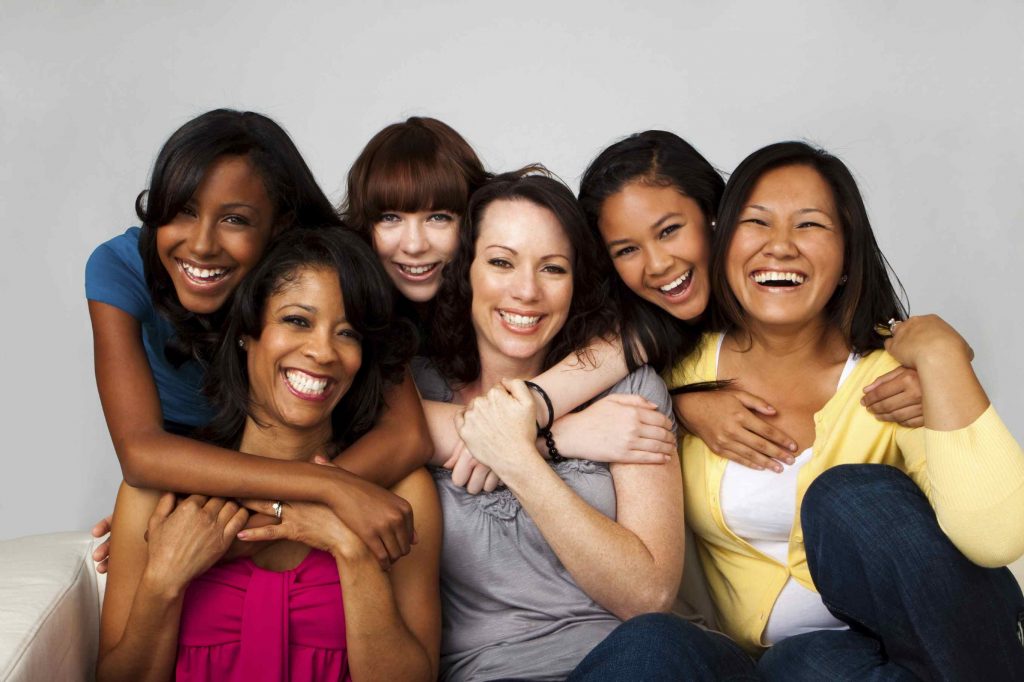 One of my favorite retailers is Nordstrom. Why? Their customer service is legendary. Just this past summer I visited the store in Delaware was helped by Sandy in the Encore section. When I told her that she looked familiar and that she might have helped me before, she asked me what I purchased. Now I will be completely honest with you, I thought this was just flatout bs. Seriously, how the heck would she remember what I purchased two years ago. Well Sandy proved me wrong. After I told her one item of my purchase, not only did she remember what else I purchased, she remembered my preferred silhouette and fabric. I was completely floored. Sandy knew me. Out of the thousands of women she must have assisted at the location, she remembered me. Mind you, this was after I was assisted by Conrad in the men’s department who asked for my brother’s color palette for his wardrobe because it would help him select some choices for a watch. And this was before Diane, who had the eye of an eagle and the patience of Job, assisted me with some much needed shape wear. That my friends is unforgettable customer service.

Does your friendship to others have the same level of service? When your friends think about the pivotal moments in their life, were you front and center or did you have to hear about it after the fact? Can you recall conversations that you’ve had with them a couple months ago? Do you know what makes them tick? Do you know what excites them? Do you know how motivate them when they are ready to throw their hands up in defeat? Do you know how to make them laugh when they would rather cry? Being that type of friend requires a level of customer service that many of us are not willing to give and then you wonder why you don’t have any meaningful connections. Stop wondering why you don’t have a shoulder to cry on. Stop wondering why no one wants to listen to your latest rant of who did you wrong this week. Start figuring out how to be a better friend and up your level of customer service.

There are levels to friendship. Are you offering basic or premium? Here’s a hint, premium friendship leads to the right people being on your personal board of directors.

I truly believe that I’m where I am today because of a combination of good genes, a stellar board of directors and having personal and professional coaches, mentors and sponsors. To date, only one of my mentoring relationships was/is formal. My coaches, mentors and sponsors have been seasoned co-workers, supervisors who embraced that I’m a sponge and love to learn and executives with the power to put me in rooms that I otherwise would not have entered. It is a combination of those relationships that cultivated my ability to communicate and connect with just about anyone and take criticism constructively, no matter how it’s delivered. While there might be some similarities, the roles of a coach, mentor and sponsor are quite different.

Newsweek reported that a life coach is part consultant, part motivational speaker, part therapist and part rent-a-friend, coaches work with managers, entrepreneurs, and just plain folks, helping them define and achieve their goals — career, personal, or most often, both.  According to CFO Magazine, coaches have the ability to view things from afar — in what some call ‘helicopter vision’ — and to shed new light on difficult situations. Often they can act as a sounding board through tough decisions, help sharpen skills, and motivate.

Mentoring is a long term relationship where the focus is on supporting the growth and development of the mentee. The mentor is a source of wisdom, teaching and support, but not someone who observes and advises on specific actions or behavioral changes in daily work. The Merriam-Webster Online Dictionary defines a mentor as “a trusted counselor or guide.” Others expand on that definition by suggesting that a mentor is “someone who is helping you with your career, specific work projects or general life advice out of the goodness of his or her heart. (www.thebalance.com)

A sponsor is someone in a position of power who uses his or her influence to advocate on your be half. A sponsor could be your boss, your boss’s boss or anyone who’s in a position to influence others and who knows you well enough to put his or her reputation on the line for you. That’s in contrast to a mentor, who is typically someone who provides advice and helps you develop skills. Mentors help individuals get better, while sponsors help individuals get ahead.

According to Joann M. Eisenhart, senior vice president, Human Resources, Facilities and Philanthropy at Northwestern Mutual, there are three facts about sponsorship:

So do you have a coach, a mentor and a sponsor? If not, think about the people around who can step into those roles. Who do you go to for advice? Who to do go when you need clarity on how to get a task or a project done? Who do you know who is where you want to be and has the gravitas to introduce you to the right people?  Take the time to talk to them, find out if you have similarities and are compatible. Find out how you can assist them before asking them to help you. Be congruent in your words and actions.

If you have a coach, mentor and sponsor, share in the comments below how they have helped you along your journey.

After two years of thinking that I was a reincarnation of Superwoman and could plan an annual conference all myself, I finally took the advice of some very smart people and formed a planning committee for the 3rd annual Work Your Package™ Women’s Conference. Before I asked people to be on the committee, I thought about who had given me not just encouraging words, but helpful suggestions and constructive criticism as well. I know for certain that I didn’t want a bunch of bobble heads. I wanted people who had a particular set of talents and skills and have displayed them consistently with positive results. While they have various educational and professional backgrounds, they all have one thing in common…They want nothing but the BEST FOR ME and expect nothing but EXCELLENCE FROM ME.

Who is on your team? Do you have people who are going to challenge you to go beyond your comfort zone and force you to leave mediocrity at the door? Do you have people who see potential pitfalls and come up with a plan to help you avoid them? Do they correct you when you are wrong AND defend you when you are right? I’m thankful to have a team that not only believes in me, but believes in my brand. They are my brand ambassadors and tell other people about Work Your Package. They aren’t keeping score on how many times they have given me advice that would have cost me $$$ if I had asked someone else. They aren’t looking for public acknowledgment and accolades because they already know they are awesome. They save me from the trap of being a legend in my own mind (Inside joke…5 meals in 48 hours). My team, like a well-made, European bra, has my back, front and side. Do you have that type of support?

Whether you are new in your career or a seasoned professional, everyone needs support. Yes, yes…I know, you are already fabulous. But why not surround yourself with a team of people who believe in you and push you to be extraordinary?

Categories: Board of Directors, Encouragement
Subscribe to Blog via Email
Work Your Package