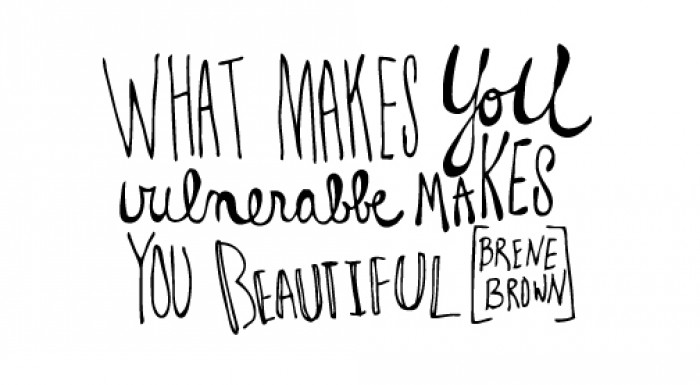 Have you ever allowed yourself to be so vulnerable that you felt naked? That’s what happened to me while I delivered the closing keynote at my fourth annual Work Your Package Women’s Conference. I spoke on the topic, “Your Life. Your. Story: What to Do When You Have a Story to Share”. It was the second time that I had spoken on the topic. The first time was for a webathon hosted by Lucy Brazier, the editor of Executive Secretary Magazine. However, this time was different. This time I wasn’t alone in a conference room with my laptop. This time I was in a room full of women that I am honored to serve and affectionately and proudly refer to as “Mavens”. These women have their own stories to share but there I was sharing mine. And I felt naked but not afraid. Sharing my story was cathartic and allowed me to be unapologetic about who I am. Being vulnerable is liberating because it erases any preconceived notions of perfection or lack of challenges. Being vulnerable is an act of acceptance of oneself. In the article, “Accept Yourself (Flaws and All): 7 Benefits of Being Vulnerable” by Daniel Wallen, here are the benefits of being vulnerable:

1. You will learn to appreciate the quirks that make you unique. Being vulnerable will help you embrace the strange (interesting) and quirky (unique) things that make you special. While you might call certain personal characteristics are “awkward,” they are only awkward if you don’t accept yourself, and consequentially feel uncomfortable in who you are. We are all crazy in our own ways; and if you’re going to be weird, you might as well be confident about it.
2. You will make peace with troubling memories from your past. Being vulnerable will help you get rid of pent-up baggage that bothers you. While it isn’t easy to deal with painful memories, it is better to confront your past than it is to hide from it. We all have made bad decisions we regret, so don’t even think about judging yourself; search for a lesson or takeaway that will help you prevent similar mistakes in the future and let it go.
3. You will attract the right kind of people into your life. Being vulnerable will help you understand what types of people you can most relate to. While you might be tempted to hang out with whoever crosses your path, it is better to choose your friends carefully. We all have made the mistake of telling something personal to somebody we shouldn’t have, and ended up getting hurt due to backstabbing or betrayal; it is good to love all people without question, it is best to only put total faith in true friends worthy of trust.
4. You will find it easier to empathize with the struggles of others. Being vulnerable will help you develop empathy for others. While it’s easy to throw a fit when something terrible happens to us, it is a lot harder to demonstrate compassion for the struggles of another person. We all have been guilty of getting so caught up in our own lives that we forget the world doesn’t revolve around our needs; before behaving like an upset infant, remember that many people face hardships that you couldn’t begin to imagine.
5. You will earn the trust of people at work. Being vulnerable will help you grow closer to the people in your workplace. While you might think you deserve a raise just because of your hard work, you need to remember that no amount of book smarts can make up for a complete lack of emotional intelligence. We all have complained about getting “passed up” for a promotion; before assuming you’re “under-appreciated,” take an honest look at your ability to communicate and work together with your fellow co-workers.
6. You will strengthen your bond with your romantic partner. Being vulnerable will help you bond with the person you love most. While you might be afraid to reveal your deepest and darkest secrets due to a fear of judgment, doing so will put your mind at ease. We all have put up barriers to protect ourselves from getting hurt; but if you hope to spend the rest of your life with a particular person, don’t you think it would be best to be forthcoming with the important truths that they would like to know?
7. You will humanize yourself in the eyes of others. Being vulnerable will help you demonstrate that you are an approachable person who is kind and considerate. While it isn’t easy to find the courage to reveal our true nature, there is no better way to encourage others to accept themselves. We all have fought with a lack of esteem at one time or another.

Vulnerability is the birthplace of love, belonging, joy, courage, empathy and creativity.

In Dr. Brene Brown’s New York Times best-seller book, “Daring Greatly” she opens the book with one of the most poignant passages I’ve ever read. Taken from Theodore Roosevelt’s speech “Citizenship in a Republic” which was delivered at the Sorbonne in Paris, France on April 23, 1910, the passage reads:

It is not the critic who counts, not the man who points out how the strong man stumbles, or where the doer of deeds could have done them better.

The credit belongs to the man who is actually in the arena, whose face is marred by dust and sweat and blood; who strives valiantly; who errs, who comes short again and again,

because there is no effort without error and shortcoming; but who does actually strive to do the deeds; who knows great enthusiasms, the great devotions; who spends himself in a worthy cause;

who at the best knows in the end the triumph of high achievement, and who at the worst, if he fails, at least fails while daring greatly so that his place shall never be with those cold and timid souls who neither know victory nor defeat.

The book “Daring Greatly” is all about how the courage to be vulnerable transforms the way we live, love, parent and lead. There are joys and pitfalls of being vulnerable. The joy is that you feel free to be yourself, imperfections and all and present them to people around you hope will accept them and love you anyway. Or to paraphrase Dr. Brown, “be able to carry the weight of your story”. The pitfalls include being judged, ridiculed, ostracized and talked about based on presumptuous assumptions based on hearsay.

If you are in the arena, I applaud you. Continue to shine bright even when others wish, hope and pray for you to dim your light to make them comfortable. While there are naysayers standing on the outside of the arena criticizing you, there are also people watching you go in and fight, come out battered and go back in the very next day who are inspired by your determination and focus. To quote a wise friend, it doesn’t matter if you throw glitter or shade, there are some people will never like you. And that’s okay. Your purpose and achievements do not require applause or the approval of people who never have and probably never will step one foot into the arena.

I had dinner the other day with a very good friend who expressed they were feeling unfulfilled and unsatisfied with their job. They have worked for the same company for the last 25 years and the company is going through some management style changes that aren’t necessarily in the best interest of the employees. My friend is frustrated to see the company go through such a drastic changes and is thoroughly annoyed with having to do more with less. They expressed regret for not furthering their education and now they feel they are stuck in a profession they no longer enjoy. As I sat there listening to my friend, I thought about how I used expect the company I’m employed by to fulfill me. Before you say it, I already know the famous Steve Jobs quote, “The only way to do great work is to love what you do. If you haven’t found it yet, keep looking. Don’t settle.” That sounds great for someone just starting out in their career but for someone who has invested 25 years of their life in a company and has a family to support, settling is not a bad thing. It’s responsible. (Click here to read: Five Reasons to Ignore the Advice for Do What You Love)

I asked my friend what would they like to do instead and they said they would love to be a photographer. I’ve seen their pictures and I think they take excellent photographs. So I continued to ask questions…what’s stopping you? Their response is what triggered this post….”I’m scared.” I kept pressing…scared of what? “Scared that I won’t be able to make enough money doing photography to support my family.” Here’s where my tough-love-don’t-give-me-that-crap kicked in. In a nutshell I told my friend that it is not written anywhere that they had to quit their good, well paying job (albeit frustrating at the moment) to become a full-time photographer. Do it because you love it. Do it because it makes you smile. Do it because you lose track of time researching different photography techniques. Do it because it makes you happy.

I shared with my friend that releasing my corporate job from the responsibility of making me happy was the best thing I could have done and I wish I had done it sooner. Writing this blog, being an active member of IAAP, writing a book, dreaming about writing a second book, volunteering for activities my kids are involved in, hosting girls night in for my girlfriends, spending time with people who make me smile and think deeper…those are the things that bring me joy and happiness. Don’t get me wrong, my paycheck, medical and retirement benefits are nothing to sneeze at.  However, in the midst of feeling overwhelmed at work with the political red tape and “every man for themselves” mentality, it’s the thoughts of where I want the characters in my book to go and how cute my girls will be in their Girl Scout uniforms that bring a smile to my face. No job can do that and I stopped expecting it to. I write this blog in my free time. I work on my book after my girls are sleep. I make arrangements with my husband in order to attend IAAP meetings. If any of my interests eventually make money, then it will be the icing on the cake. For right now, I’m doing what makes me happy.  I encouraged my friend to do the same. My friend shared they would contact another photographer to see if they could shadow them at an event and maybe offer free family portraits to friends just to get their feet wet.  At the end of our conversation my friend thanked me for tough love and for listening.  No thanks necessary, just encouraging another talented person to “work their package“…

There are times when you are in a room with a bunch of people who know you casually but yet they see something in you that you insist on ignoring. When they all tell you what you are ignoring, I like to call it a “swift kick in the pants” moment. Encouragement from people who you see maybe two or three times a year that causes you to be uncomfortable because they are telling you that you are capable of the very same thing you are doubting yourself about. Every now and then, you need one of those kicks…square in the pants. Don’t say “ouch”, just turn around, give them a hug and say “Thank you”.